(Without publication in JOURNEY IN TIME)

Between 1870 and 1914, during the founding period, the two mayors Georg Julius Philipp Merkel (term of office: 1870 to 1893) and Georg Friedrich Calsow (term of office: 1893 to 1926) and with them the urban planner and architect Heinrich Gerber (term of office: 1871 to 1901) and Otto Frey (term of office: 1908 to 1945) significantly influenced the town’s fortunes. Merkel, who was respectfully and friendly called by a nickname „Oberschorse“ in the town, had already made an extensive inventory of the ecological and hygienic conditions in and around Göttingen, but he had also registered numerous grievances. The sewage from the houses, slaughterhouses, and breweries of Göttingen still flowed through the gutters into the river Leine, human and animal excreta were disposed of in buckets. In 1884 Merkel had therefore develop a sewer system that north of the town had the sewage flow into the river Leine.
The frequent typhoid diseases in Göttingen were associated with the miserable water quality of the wells that often lay near the sewer. The water was still running through drilled tree trunks from the Reinsquelle (a spring) into the town. Since these trunks, however, over the years had become fragile, in March 1872 Merkel wanted to have an iron water pipe installed. He put this project through together with Gerber. A water reservoir in the Hainberg forest then collected the water for dry times. The stinking gutters were cleaned by several hydrants. The urban fire extinguishing system could also benefit from the direct access to the water.
Merkel’s next project was to pave the streets of Göttingen with basalt cubes. Then in 1875 he began to consolidate the land in the parish land. That way the soil could be returned to economic agricultural use. Merkel had the paths in the parish land and the streets in the town plant with trees. New streets were built within the wall (Theaterstrasse, Friedrichstrasse, Ritterplan), in addition wall breakthroughs – for example to Nikolaistrasse or to Theaterstrasse – provided improved connections to the surrounding area. In front of the gates of the town then new buildings were built, among others the Museum of Natural History (1873-77), the Theater (1889/90), the power station near the station (1899) as well as the New Barracks (1882) and the Municipal Barracks (1897) in the Geismar Landstrasse. In the Nikolausberger Weg the Agricultural Institute (1871/73) and the Plant Physiological Institute (1878/79) were erected.
The most important university project of that time, however, was the new construction of the clinical institutions “Im Weender Felde ”(between Gosslerstrasse and Humboldtallee): The medical care of the Göttingen population were essentially improved by the special clinics built here. In 1879 the „Östliche Volksschule = Eastern Elementary School“ was established (since 1928: Albanischule), there, in 1885, the first school bathhouse in Germany was set up – a novelty that even received honorable mention at the World Exhibitions in Paris in 1889 and in Chicago in 1893. In 1880 were built the „Westliche Volksschule = Western Elementay School“ (since 1928: Jahnschule), the first urban Grammar School for Girls in Nikolaistrasse 1a and from 1881 to 1884 the “Königliches Gymnasium = Royal Grammar School” (since 1947: Max-Planck-Gymnasium).
The Göttingen council financed these diverse projects by the sale of land, by French reparation payments, and from the Bismarck Guelph Fund. Merkel resorted to political and fiscal tricks, which earned him a reprimand by the District President.
Finally Gottingen was deep in debt to Prussia with 2.3 million gold marks and thus belonged to the most heavily indebted towns in Prussia. On the one hand 50 percent of the annual income was solely spent for interest. On the other hand the town could be proud of its modern achievements. 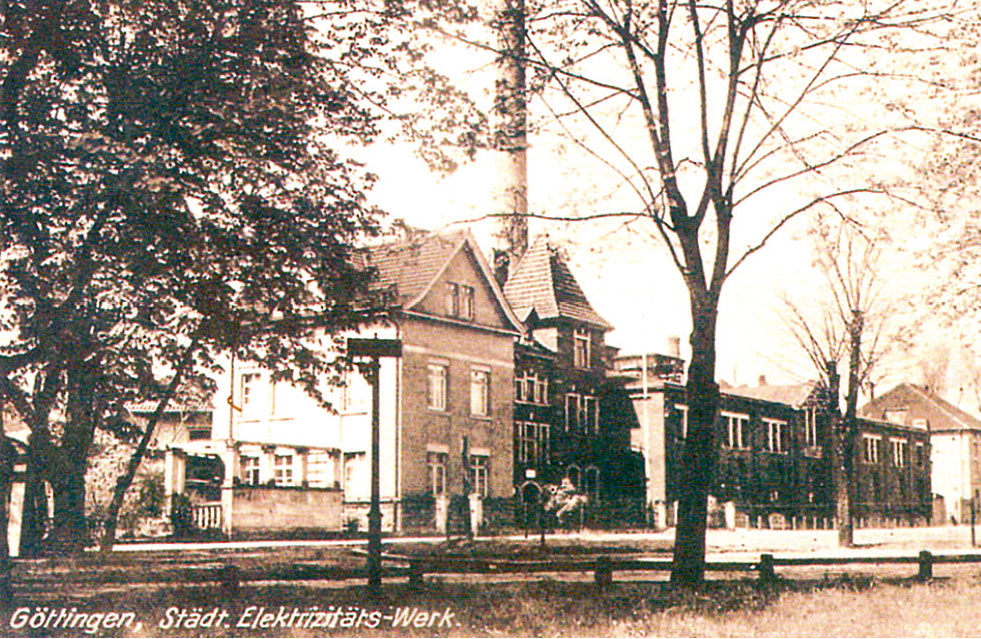 From 1899 on the grid: the power station at the train station. 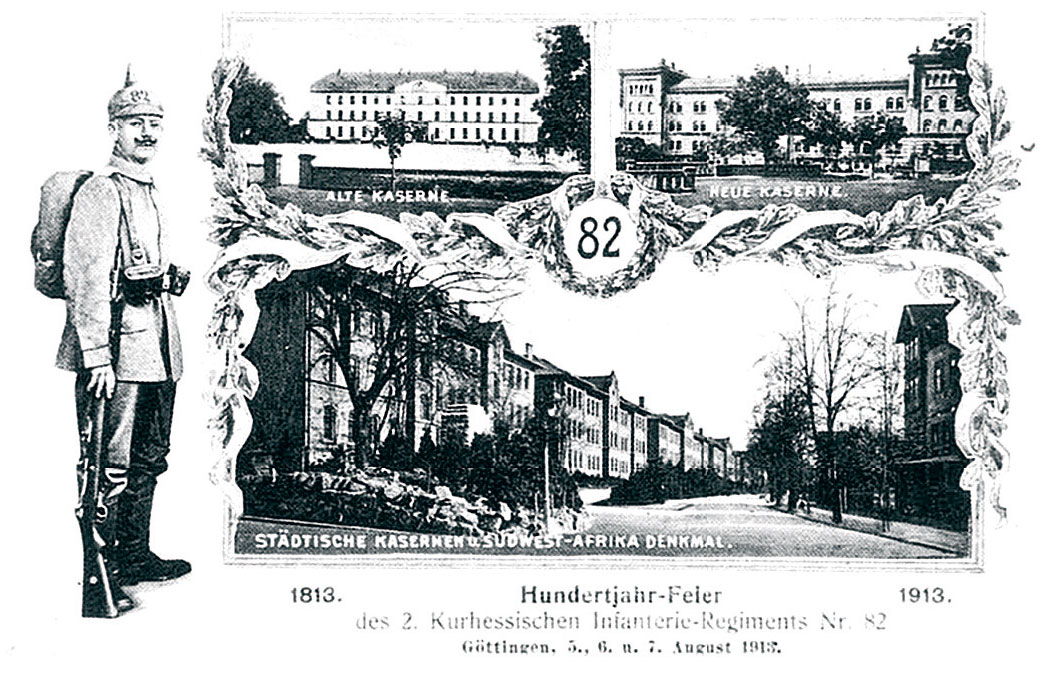